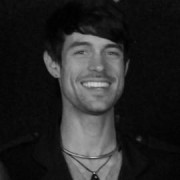 A big welcome to drummer and producer, Pete Merriweather! Joining us on Episode 96, Pete told us a bit about growing up in Chicago, playing clubs there til 4am and landing the gig that took him on the road.

Then we had a chance to hear a bit about Paris Escovedo, playing with Aaron Carter, using ProTools live during a gig and lots of laughs.

After the break we almost had a caller, Mr. Greg Crane, and then talked about gigging around LA and recording tips from a producer who is a drummer first.